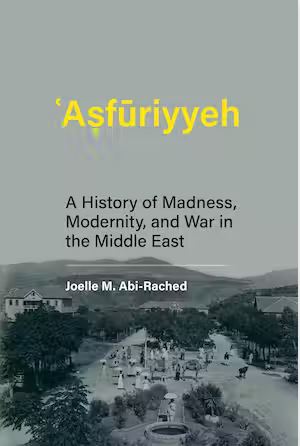 Asfuriyyeh: A History of Madness, Modernity, and War in the Middle East with Joelle M. Abi-Rached, M.D., Ph.D.

Dr. Abi-Rached is Lecturer in History of Science at Harvard University as well as an Associate Researcher at Sciences Po (Médialab).

Her research focuses on the politics of life, health, and wealth with a particular interest in the politics of health as it plays out in poor and developing countries as well as in the Middle East. Her interests and perspective lie at the intersection of history, philosophy, ethics, medicine, and policy.

Her recent book Asfuriyyeh: A History of Madness, Modernity, and War in the Middle East (MIT Press, 2020) reconstructs the history of one of the first modern psychiatric hospitals in the modern Middle East and through it explores the complex relationships between pathology and modernity. The book received the 2019 Jack D. Pressman-Burroughs Wellcome Fund Career Development Award in 20th Century History of Medicine or Biomedical Sciences from the American Association for the History of Medicine (AAHM).

She holds a Medical Doctorate from the American University of Beirut (2006), an M.Sc. in Philosophy and Public Policy from the London School of Economics (2007), and a Ph.D. in History of Science from Harvard University (2017). She has been an invited researcher at the École normale supérieure and the École des hautes études en sciences sociales (Centre Alexandre Koyré). In 2017, she was elected to join Columbia University’s Society of Fellows.

Co-sponsored by the Department of Postgraduate and Continuing Education, McLean Hospital
and the Center for the History of Medicine, Countway Library of Medicine